Hit enter to search or ESC to close
Eventos

Media and Masculinities in the Context of the Climate Crisis 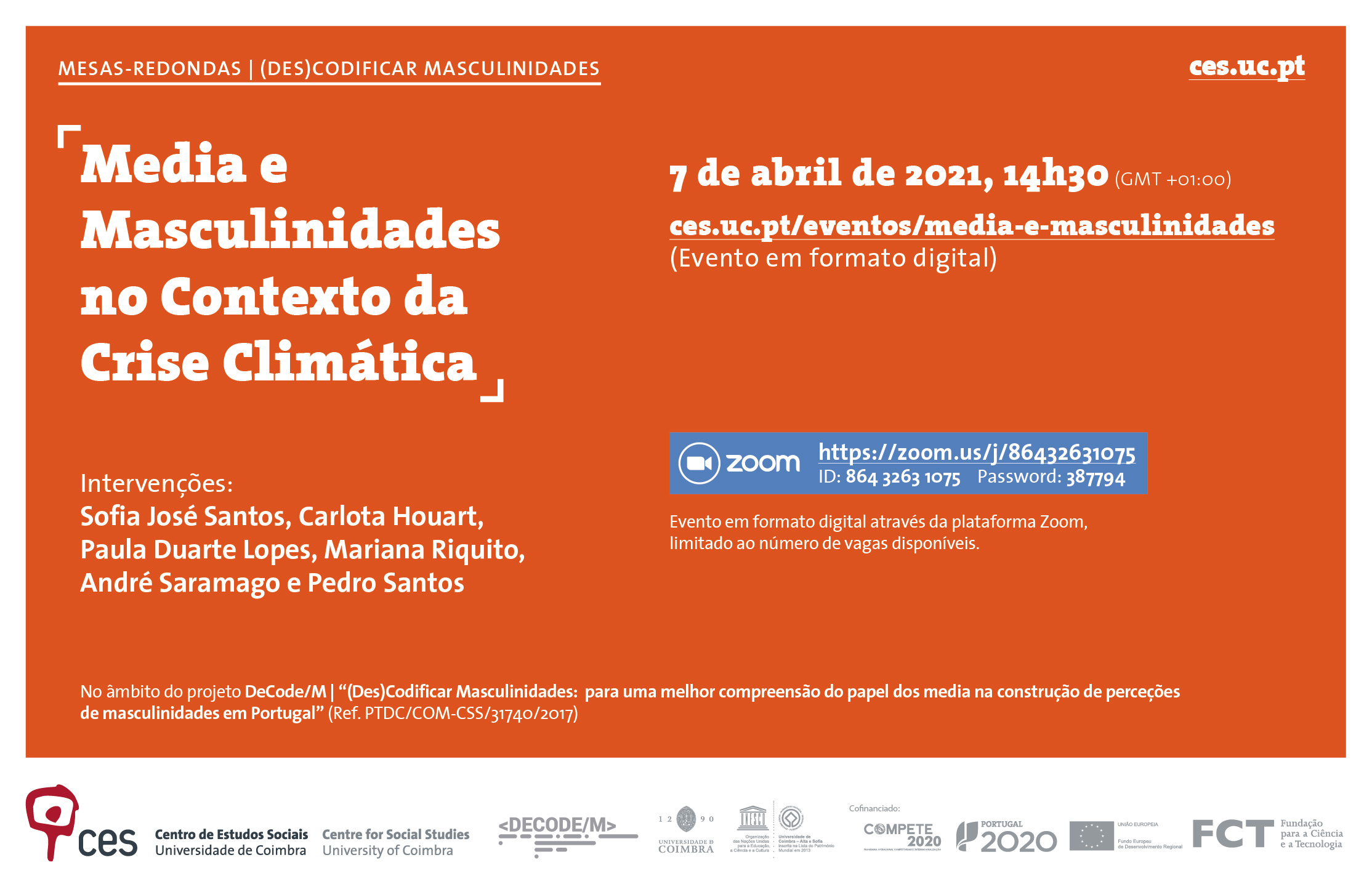 Media and Masculinities in the Context of the Climate Crisis

This event is the 2nd roundtable discussion of the DeCode/M project’s “Decoding Masculinities” Roundtable and intends to address the connections between the constant worsening of the climate crisis; the preponderant role of certain individuals/elites, who embody particular traits of hegemonic masculinities, in this worsening; and the way the media has identified and represented (or not) these connections.

This roundtable will spark a debate around these issues, seeking to answer questions such as: a) Why is it that, statistically, people who identify as climate deniers or who reject green policies and/or behaviours tend to be men with politically conservative leanings, and white? b) Why have public attacks on climate activists such as Greta Thunberg, who is young and female, been led primarily by this same group of individuals, and how is this related to the fact that climate justice agendas pose a threat to the very identity of these individuals? c) Why is it critical to explore the development of counter-hegemonic male identities that foster a greater respect for the environment, a greener lifestyle, and that support climate and gender justice? d) How has the media represented (or not) the climate crisis and environmental problems in their connection to gender issues? e) How has the media conveyed or contested the idea that the climate crisis is mainly a scientific, technological and political domain, and that it consequently concerns more male leaders and experts? f) How can the media contribute to a diversification of climate and environmental discourses and actors, and how important would it be – in this sense – to give more centrality to the gender issue in the climate and environmental debate?